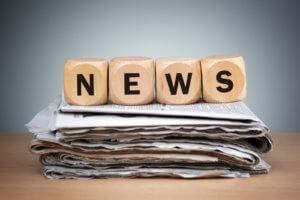 Full Year Fiscal 2016 Financial Results from Continuing Operations
For the twelve months ended September 30, 2016, revenue was $8.4 million, compared to $9.8 million for fiscal 2015. Gross margin increased 2.5 points to 82.8% for the twelve-month period of fiscal 2016, compared to 80.3% in the comparable period last year. Total revenue decreased approximately 14%, while our cloud-based offering increased 109% from fiscal 2015. The decrease in total revenue from fiscal 2015 was primarily attributable to a reduction of 60% in hardware sales. This shift is the result of the aforementioned planned transition to move away from hardware products in order to leverage our cloud-based offering.

Cash, Cash Equivalents and Restricted Cash
The Company had total cash and cash equivalents of $4.5 million from its continuing operations as of September 30, 2016, compared to $4.6 million in the comparable period last year.

According to Jeremiah Fleming, AltiGen’s President & CEO, “The decrease in total revenue in fiscal 2016 compared to fiscal 2015 was primarily the result of reduced hardware sales based on AltiGen’s strategic decision to exit the hardware business. For the twelve-month period ended September 30, 2016, hardware sales decreased approximately 60% versus the same period a year ago. While this planned transition impacts top line revenues and, to a lesser extent, gross profit, it enables us to focus on far more profitable software and cloud services solutions. We expect this trend to continue into the first and second quarters of fiscal year 2017. However, as we continue to experience favorable revenue shifts in these product lines, we expect to continue to see overall improved growth and profitability.”

About AltiGen Communications
AltiGen Communications, Inc. (OTCQX: ATGN) is a leading provider of premise and cloud-based IP-PBX and Contact Center solutions headquartered in Silicon Valley, California. With thousands of customers around the world, AltiGen solutions are designed for high reliability, ease of use, seamless integration to Microsoft infrastructure technologies, and are built on a scalable, open standards platform. For more information, call 1-888-ALTIGEN or visit the web site at www.altigen.com.

Safe Harbor Statement
The forward-looking statements contained in this press release are based on the Company’s views of future events and financial performances, current expectations, beliefs, plans and assumptions, which are subject to a number of risks and uncertainties including, but not limited to, statements that reflect our current views with respect to our ability to attain sales growth and profitability. There can be no assurances that the Company will achieve expected results, and actual results may be materially less than expectations. Please refer to the Company’s most recent Annual Report filed with the OTCQX over-the-counter market for a further discussion of risks and uncertainties. Any forward-looking statement made by us in this press release is based only on information currently available to us and speaks only as of the date on which it is made. The Company does not undertake any obligation to update any forward-looking statements.